Deprecated: strripos(): Non-string needles will be interpreted as strings in the future. Use an explicit chr() call to preserve the current behavior in /home/l7oia7e1jxlw/public_html/assets/inc/functions.php on line 349
 Patients in The Press | Testimonials | Dr. Philip Werthman
888-684-7036 Menu

Patients in the Press

Dr. Werthman was hailed as the “guru of sperm” by actor and comedian Tom Arnold, when he helped the 54 year old Arnold, convinced since college days of his infertility, become a father at last.

In a candid interview with People, Tom and his wife, Ashley, discussed the difficulties that they experienced in dealing with Tom’s azoospermia, including their multiple attempts at In Vitro Fertilization, and the procedure that Dr. Werthman used to extract sperm enough from Tom so that the couple could conceive.

The Arnolds were overjoyed to welcome son Jax Copeland on April 6, 2013.

Raul Rodriguez, 24, came to Dr. Werthman with a different kind of problem: paralyzed from the chest down in car accident, doctors told him that he would never be able to father children.

When Dr. Werthman was able to successfully extract sperm directly from Raul’s testicles, resulting in wife Angie’s pregnancy, the story made the ABC News. 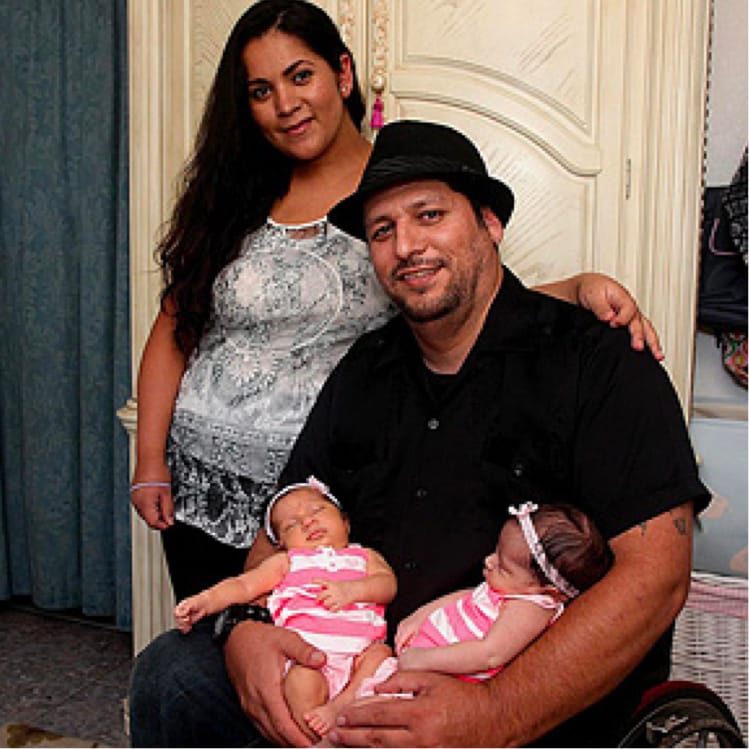 Raul Rodriguez always wanted a big family. But when a 1997 car accident left him paralyzed from the chest down, he believed that having children was no longer an option.

Sometimes, though, the impossible becomes possible.

The 39-year-old Camarillo resident and his 28-year-old wife, Maria “Angie,” will celebrate their first Father’s Day on Sunday.

Angie gave birth to twin girls on May 28. It’s a sweet end to a long and challenging six-year journey to become parents.

Rodriguez was 24 when doctors told him he would spend the rest of his life in a wheelchair after a December 1997 car crash. The Rio Mesa High School grad lost control of his car on Mulholland Highway and veered off the road, plummeting down the steep canyon and landing upside down in a creek far below.

Rodriguez broke his back in the crash and would never walk again.

“I was young and thought I was unbreakable and nothing could happen to me, but my whole life changed,” he said.

Adjusting to life without the use of his legs was difficult the first year, he said, but has since learned to embrace life again. He met Angie while visiting family in Mexico, and they were married in 2004.

The newlyweds talked about starting a family, a future they believed was possible because doctors had told Rodriguez that despite his disability he could have children.

“We tried on our own for three years, but nothing was happening,” said Rodriguez, who works from home for the medical supply and technology firm McKesson.

The couple visited a urologist, who told them it was unlikely they could have children. The doctor suggested the couple consider sperm donors or adoption.

“That just killed me,” Rodriguez said. “Even when I was younger, I always wanted to get married and raise a family.”

Though chances of turning his dream into a reality looked grim, Rodriguez wouldn’t give up. He did online research and learned of a procedure called testicular sperm extraction, which removes a piece of tissue from the testicles to extract sperm.

Rodriguez made an appointment with a fertility specialist, Dr. Richard Buyalos of Thousand Oaks, in June last year. Buyalos referred Rodriguez to Dr. Philip Werthman, director of the Center for Male Reproductive Medicine and Vasectomy Reversal in Los Angeles, who was familiar with the procedure.

Werthman, who has practiced medicine for 20 years, said the procedure has a high success rate for men with spinal cord injuries.

The doctor performed the operation on Rodriguez in September, but the sperm was not healthy enough to be used. Werthman knew he was the couple’s last hope to have children, so he performed the surgery again.

“It’s the first time I ever had to go back in, but at the end of the day, I’m going to do whatever it takes to help somebody,” the doctor said.

The second surgery was successful, and two embryos were implanted into Angie. An ultrasound in November confirmed she was pregnant with twin girls.

Rodriguez said the road to becoming a dad has been “a roller coaster ride,” but the wait to hold his daughters for the first time was worth it.

The new family plans to celebrate Father’s Day at home. Though the gathering will be small, Rodriguez said he’s just happy to spend the day with his wife and daughters, a day he didn’t think was possible.

“Somebody pinch me,” Rodriguez said. “I never thought I was going to spend Father’s Day being a father.”

Schedule a private consultation with male fertility doctor Dr. Phillip Werthman to learn about your male reproduction options and get all of your questions answered.