The definition of Azoospermia is the absence of sperm in the ejaculate, meaning no sperm are found in the fluid on a routine semen analysis. This is usually a big and unpleasant surprise when a man with this condition finds out that he has no sperm at all and that he, not his female partner is the cause of the couple’s infertility.

The good news is that most men with Azoospermia will be able to father their own children. 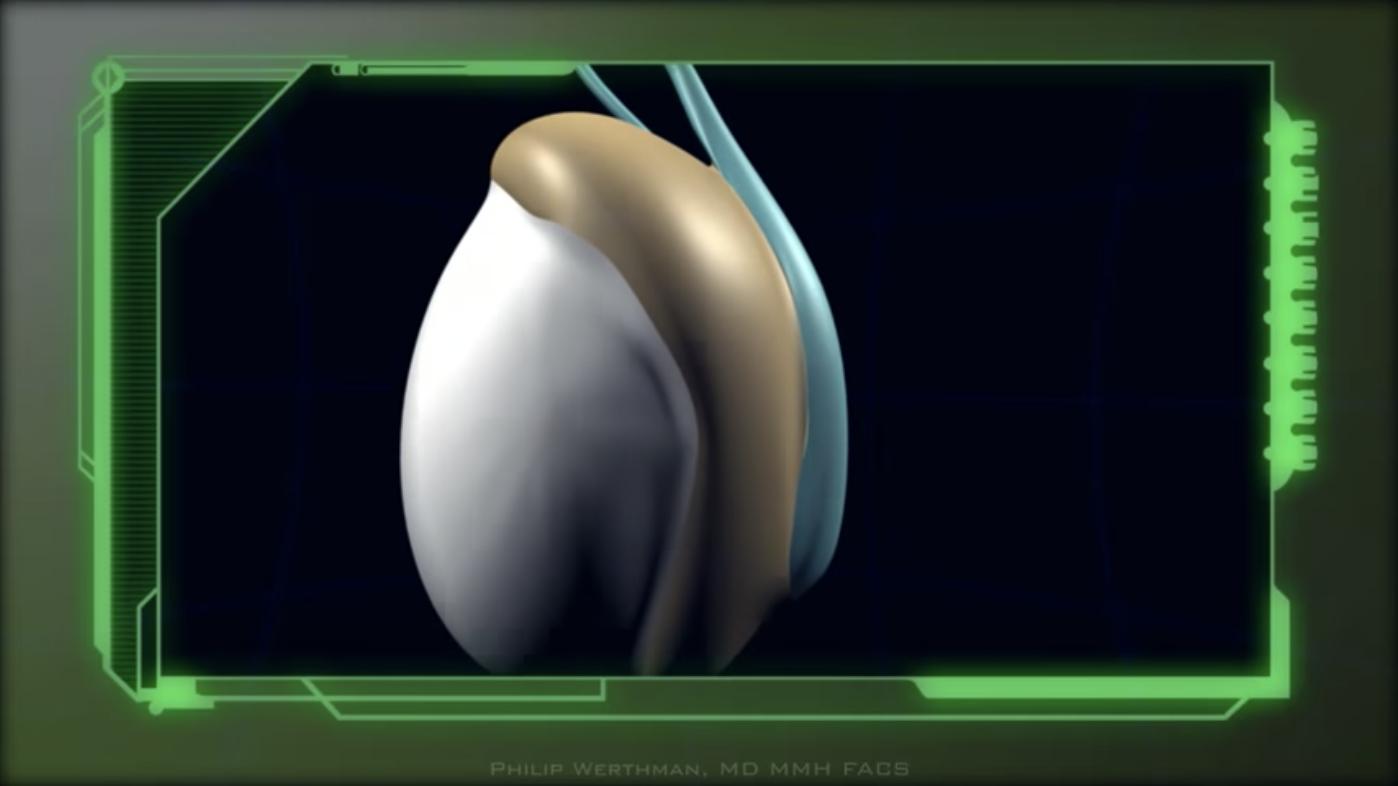 Some of the Azoospermia symptoms may involve:

Problems with sexual function: such as lack of sexual drive or difficulty maintaining an erection (erectile dysfunction).

Pain, swelling, or a lump in the testicle area.

Or possible other signs of chromosome or hormone abnormality.

Some men with Azoospermia actually have small amounts of sperm in the semen, but there are so few that they are missed on routine examination by physicians who may not specialize exclusively in conditions affecting male fertility.

When a male fertility expert is consulted as a result of an Azoospermia diagnosis, he or she will perform more detailed examinations involving special equipment and techniques. When sperm are found using these techniques, the condition is then called Cryptozoospermia. This distinction is very important because it proves that the man is making sperm, which changes his fertility prognosis.

The other important point to understand when a sperm analysis shows Azoospermia is that a one-time sample needs to be repeated for accuracy. Even some normal men, for various reasons, will have samples without any sperm in them during the course of the year. Repeating the sample a few weeks or months later may actually show the presence of sperm.

There are some common illnesses and exposures that can cause temporary azoospermia such as a bad flu or other illness with high fever. Frequent hot tub use or testosterone therapy can also lead to reversible azoospermia.

Azoospermia Can Be Divided Into Two Broad Categories

Not all cases of male infertility or azoospermia are the same or should be treated in the same way.

Obstructive Azoospermia (OA):: OA means that sperm are being produced normally inside the testicle, but there is a blockage or obstruction in the reproductive tubing that is preventing the sperm from flowing to the outside world.

To understand the causes of and treatments for Azoospermia, we must first review how the male reproductive organs work. Understanding how things work under “normal” conditions helps us understand why and how things can go wrong.

The testicles are the male reproductive organs and are comprised of millions of hollow microscopic strings called seminiferous tubules.

Sperm are produced inside the walls of these tubules in a complex 72 day-long, multi-step process whereby large, round immature germ cells divide and are transformed into spermatids with heads and tails.

This process is under the hormonal control of the hypothalamus and pituitary glands in the brain. The hormones they produce send signals to the testicle to produce testosterone and sperm.

The sperm are then released into the hollow channel of the seminiferous tubule and make their way up to the epididymis, the organ where they are stored and mature (see video on azoospermia). The epididymis is a 20 foot-long, single-cell-layered microscopic tubule coiled into four inches of space.

The epididymis sits on top of and behind the testicle and turns into the sperm duct or vas deferens. The vas is the tube a doctor cuts when performing a vasectomy. The vas runs from inside the scrotum up into the body, then behind the bladder and meets with the seminal vesicle. They join together to form the ejaculatory duct that runs through the prostate.

The prostate and seminal vesicles produce most of the fluid that makes up the ejaculate. This fluid is deposited in the posterior of the urethra (urine channel) during an ejaculation.

Causes of obstructive azoospermia can be genetic, congenital, or acquired.

Vasectomy: The most common cause of obstructive azoospermia, this surgical procedure interrupts the sperm ducts to stop the flow of sperm. Watch this video to learn more about vasectomy and vasectomy reversal.

Infection: Obstructive azoospermia can also be caused by infections of the testicles, prostate, or reproductive tract such as epididymitis/orchitis, prostatitis, and venereal diseases such as Chlamydia. These can cause a blockage in the small tubules of the epididymis or the ejaculatory duct.

Congenital Conditions: Some men are born missing a portion of the vas deferens that is essentially a genetic situation similar to a vasectomy. Other men are born with a cyst in the prostate that blocks the ejaculatory ducts.

Surgical Complications: Surgical procedures performed on the urogenital organs or hernia repair can result in scarring that leads to a blockage. This is more common in pediatric patients because the reproductive tract is so small in children.

Non-Obstructive azoospermia can be caused by abnormalities within the testicle or with reproductive hormones that control sperm production. The causes can be genetic, congenital or acquired. Some azoospermia causes can be treated effectively and others can be bypassed to allow a man to father a child with IVF.

Some men have a problem with the production of hypothalamic or pituitary hormones and this is treated by replacing the missing hormones in order to encourage sperm production.

Genetic Causes: These include chromosomal abnormalities where the number of chromosomes is not as it should be (called aneuploidy) or parts of the chromosome arms break off and switch locations (called translocations).

When one or more of the genes on this chromosome that is responsible for sperm production are deleted, it can result in azoospermia. Genetic causes of azoospermia are not reversible but most men with genetic issues still produce small amounts of sperm within the testicles that can be used to father normal children.

Varicocele: This reversible cause of NOA is characterized by varicose veins around the testicle. This condition is the most common cause of male infertility and is easily fixable. Most varicoceles only cause a minor lowering of sperm count but in some cases the varicocele results in azoospermia. You can learn more about varicocele and varicocele repair here.

Hypospermatogenesis: This means that there is sperm production within the testicle but just at lower amounts than normal, and what would be required to see sperm on a routine semen analysis. This is the most common finding on biopsy.

Maturation Arrest: In this situation there is a problem in the development of sperm during the maturation phase that causes the testicle to fill with only precursor sperm. This arrest in development can occur at an early or late stage of the sperm maturation process. There is close to a 50% chance of finding some mature usable sperm in this situation.

Sertoli-Cell Only Syndrome (SCO) or Germ Cell Aplasia (GCA): This is typically a worst-case-scenario cause of NOA. With SCO or GCA, the germ cells that divide and become sperm are missing from the testicle. But even in this situation 15-20% of men with SCO will have some low level of sperm production somewhere within the testicle.

One of the most important things we have learned about the testicle in the last 20 years is that sperm production in the abnormal situation is not homogeneous, meaning it is not the same or constant in all areas of the testicle. So, while one area might have scarred tubules with SCO pattern, another area might have some germ cells and some mature sperm.

This phenomenon has led to the development of microsurgical sperm extraction techniques that enable the reproductive surgeon to examine the inside of the testicles, specifically the seminiferous tubules, using a microscope. This means there is a greater chance of finding an area that has sperm, and a better chance of becoming a biological father.

Testicular Cancer: Sometimes the first sign of testicular cancer or other tumors of the reproductive system is azoospermia or a very low sperm count. This is one of the most important reasons why a male reproductive specialist must examine someone with an abnormal sperm count. By detecting the tumor early, it could save a patient’s life.

Medical Treatments: Chemotherapy and radiation therapy used to treat cancer are two types of medical treatment that can cause temporary azoospermia. Most men who undergo these azoospermia treatment will have sperm production resume within two years following therapy, depending on the type of treatment received.

Prescription Drugs: Among the biggest drug-related causes of NOA are testosterone and other anabolic steroids. These can cause sterilization and are a very common and usually reversible cause of azoospermia.

There are numerous causes of male infertility but no matter what the etiology, the final common pathway to sperm damage (DNA fragmentation) is through free radical peroxidation leading to overwhelming amounts of oxidative stress on the sperm.

Ironically, oxidative stress is necessary for normal sperm function and sperm actually produce free radicals, but when more stress is generated than the system can compensate for, the body is unable to neutralize the toxins which ultimately injure the sperm cell membrane and the sperm DNA. This leads to functional impairment of the sperm cell and, ultimately, infertility.

Since we now have a much better understanding of the mechanisms of sperm damage and locations in the reproductive tract where damage may occur, more sophisticated functional tests to identify problems have been developed and the information can be applied to statistically predict patient outcomes.

Identifying the causes of infertility makes practical sense because the underlying source of sperm damage can potentially be removed, repaired, neutralized or bypassed to produce the desired outcome.

Exciting new micro-surgical techniques have made it possible for Dr. Werthman to help most men become fathers.

Treatment for male infertility often includes microsurgery. Don’t you want to be sure that you are choosing the best surgeon for the job?

The subject of male infertility can bring about many questions. Take a look at our Frequently Asked Questions page to see if your question is covered. Please also feel free to schedule a consultation with Dr. Werthman.

Schedule a private consultation with male fertility doctor Dr. Phillip Werthman to learn about your male reproduction options and get all of your questions answered.