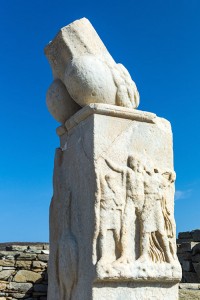 It’s an exciting time to be a member of the men’s health field. I recently read an article that said doctors at Johns Hopkins Hospital in Baltimore, Maryland have identified the patient they want to receive the first-ever penis transplant – a U.S. solider wounded by a bomb blast during a combat mission in Afghanistan. While the procedure to reattach a penis is fairly straightforward and has been in practice for years – recall the 1993 Lorena Bobbitt castration assault on her then-husband John Wayne Bobbitt while he was sleeping– a donor penis transplanted onto another man will be a medical first.

The medical team performing this penis transplant has been working on the procedure for over a year – likely because they need to address two potential-but-significant problems. The first is the ability to obtain a donor penis. Of course, this won’t be a situation where a willing donor will sign-up for the opportunity as is the case in kidney donation, for example. Rather, the donor penis will need to come from a man whom is already deceased. In order for a “match” to occur, the ideal donor penis will need to be combatable with the age and skin tone of its recipient. And the family of the deceased potential donor will need to give their consent for his penis to be removed and transplanted onto the recipient.

The second and no-less-complicated challenge in this endeavor is the risk of rejection by the recipient’s body. Like other types of transplantation procedures, it will be critical for the surgeons at Johns Hopkins to figure out a way to ensure the body of the recipient does not reject the penile tissue of the donor – a common occurrence in many other types of organ and tissue donation scenarios. Because penis transplantation is a medical first, it remains to be seen whether careful monitoring and/or administering a just-right dose of anti-rejection medication to the recipient will be enough for his body to accept the transplant successfully.

If this first penis transplant “works,” it could pave the way for more than 50 other U.S. servicemen with similar circumstances to also receive transplants of their own – along with the hope of restoring their penile and sexual function in the future after enduring the emotional and physical trauma of losing an organ so vital to the function and feelings of “manhood.” That is something we men’s health experts can absolutely applaud.