IVF: It Takes Two to Make a Thing Go Right

Each year, the Society for Assisted Reproductive Technology (SART), in collaboration with the Centers for Disease Control (CDC), compiles and releases data and statistics on a number of factors involving IVF clinics in the United States. The Assisted Reproductive Technology (ART) statistics, released in February of 2013 but for the 2010 data year, show yet again, a virtually unmoved success rate for IVF at 33 percent.

According to the data, out of 147,260 ART cycles performed at 443 reporting clinics nationwide, a total of 47,090 live births was reported and resulted in 61,564 infants. Although the use of ART is still relatively rare compared to the potential demand, its use has doubled over the last decade.
One must ask then, if demand has increased this steadily over the last ten years, why haven’t success rates risen to match it. My answer? There isn’t enough focus on extracting the highest quality sperm from the male partner. I firmly believe that IVF success rates will continue to stagnate until clinics pay more attention to the health and quality of sperm used in ART treatments and overall, the health of the male partner.

Currently, IVF almost exclusively focuses on the female and the health and quality of her eggs. With this narrowed focus from a medical perspective, men are essentially treated as sperm donors. In order for IVF success rates to rise, the current way of thinking about IVF success as “female-driven” must change. In research I conducted years ago, but no less applicable today, especially given the recent data release, I found that removing sperm from the testicle via a minor and relatively inexpensive procedure, then using it during the IVF treatment raised pregnancy rates to 62.5 percent in couples who had already failed multiple IVF attempts because of poor quality sperm. When compared to the current (and currently unmoving) national IVF success rate at about 33 percent, one can clearly see that the odds of getting pregnant are almost doubled simply by including the quality of a man’s sperm in the equation.

In addition to my research on sperm’s role in increasing IVF success, there are numerous additional ways to improve the quality of a man’s sperm to make the chances of IVF more successful or making natural conception possible and avoiding IVF altogether. 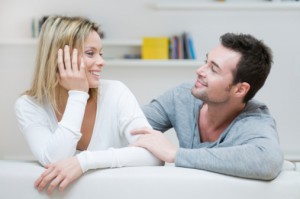 While the medical point of view in the IVF success scenario is critical, so are the financial factors for many couples. Among the theories for why IVF treatments aren’t more widely used in this country is the high expense. On average, costs for IVF services can total between $15-20,000 per cycle. With an average success rate of 33 percent, this means many couples will endure more than one cycle in order to conceive. The sad truth for many? They’ll end up spending upwards of $60,000 before getting pregnant. Others will exhaust all of their financial resources on IVF treatments and will never experience the joy of parenthood. These unfortunate facts make it important for fertility doctors to begin paying closer attention to the male side of reproduction, not only from a health standpoint, but from a cost-effectiveness perspective as well.

IVF By The (Big) Numbers

As the health and financial implications clearly demonstrate, perhaps it is unwise to continue using poor quality sperm in IVF treatments, especially for those that have previously failed. The technology is absolutely available to retrieve the highest quality sperm sample from the male partner and it has been employed with great success for several years. Though today’s science and technology can help reproduction along, one thing remains true: “it takes two (a healthy egg AND healthy sperm) to make a thing go right.”